Showing posts from February, 2019
Show all

VIDEO: Actress Selma Blair Opens Up About 'Tears' and 'Relief' of MS Diagnosis 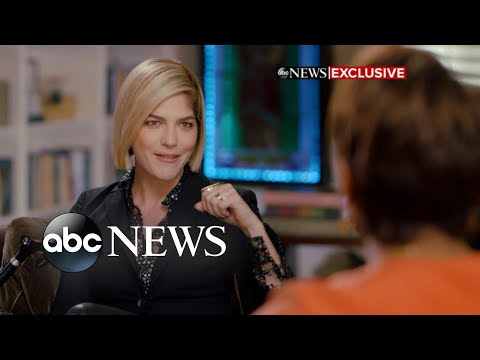 Be sweet! God Bless Selma Blair. She's opening up for the first time about her MS diagnosis. It's difficult for her to speak. She gets tired and has crappy days like the rest of us. Only, she went through 5 years of struggling with what was breaking her body down to the point of convulsing uncontrollably in the tube to get an MRI - only to find out she has a severe and aggressive form of MS. It flared after the birth of her son and she's struggled ever since. The diagnosis was the actual point of relief for the actress who has starred in blockbuster films like "Cruel Intentions" and "The Sweetest Thing." Now she opens up about having MS and life as usual, being her career as a film and show star. Here's her EXCLUSIVE talk with ABC News' Robin Roberts... Vanity Fair also did a story on her transformation.
Read more 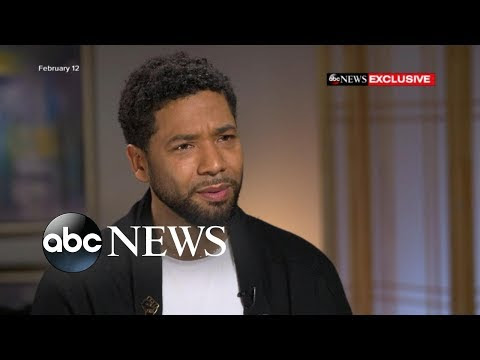 From actor and singer to suspect, the Chicago Police are confirming the #Jussie Smollett hoax. Now we're all afraid any other hate crime will be treated with skepticism... which should never happen. The police did say that they treated this case like any other. ... Adding, the media put the spotlight on this particular case. The Chicago Police department also says "it's shameful for the city of Chicago. He knew as a celeb it would get a lot of attention." Is anyone is subject to a hate crime, always ALWAYS, AAAALLLWAAAAYS SPEAK OUT. Report it because like most of America in this case, we will believe you. Unless you are PROVEN a liar. Mugshot of Smollett VIDEO: "Empire" Actress Taraji P. Henson Speaks Out About Jussie Smollett
Read more

... BUT WHAT DOES "COOKIE" THINK? The plot thickens in real life for Jussie Smollet? But what does co-star Taraji P. Henson think? I have your first look at that new video! She also spoke about her cancer scare. Something 1 in 3 can relate to.
Read more

February 14, 2019
WARNING : Put on your headphones before playing our podcasts.  A Valentine's Day Comedy Album of One Minute Tracks By no stretch of my imagination did I ever believe I would be doing this but I'm going with it because I'm having fun and it's my God given right to do and say whatever I please.  I tend to surround myself with women who do the same. Of course, along came Stacy. One of my greatest friends. And it's led to the release of this new album. Our second. Stacy and I put out our first album about a week ago... (NSFW) PODCAST: VALENTINE LOVE, SEX, RELATIONSHIPS AND LIFE Based on a special request on the topic of foot fetish, Stacy and I produced these one minute tracks for your listening pleasure.
Read more 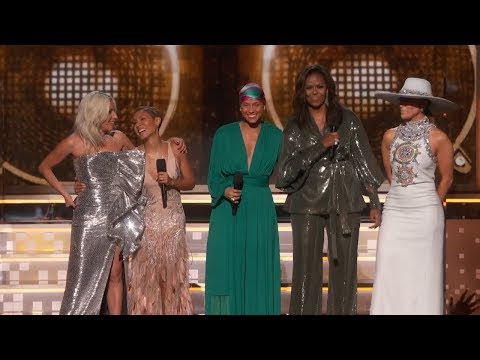 Grammy's Twitter went out to all the millions following and watching with this all too common grammar error: There vs. their... . @HERMusicx and @BTS_twt , is their a collaboration in the future? #GRAMMYs pic.twitter.com/aOyCKMh6Yw — Recording Academy / GRAMMYs (@RecordingAcad) February 11, 2019 Anyway, I'm a fan of Kylie . I admit it. But just her. Anyway. Balmain is a label I admire at the moment. Kylie Jenner, with Travis Scott, wore a pink #BALMAIN Spring 2019 Couture structured jumpsuit to the 2019 GRAMMY Awards. #GRAMMYs pic.twitter.com/JXITc4s0e3 — The Fashion Court (@TheFashionCourt) February 11, 2019 . @katyperry in @Balmain couture at the #GRAMMYs More red carpet later on our site. pic.twitter.com/fpKKynU5ur — Tom & Lorenzo (@tomandlorenzo) February 11, 2019 It's just nice to see a bunch of women really bond and represent something great for all of us. - Unity.
Read more 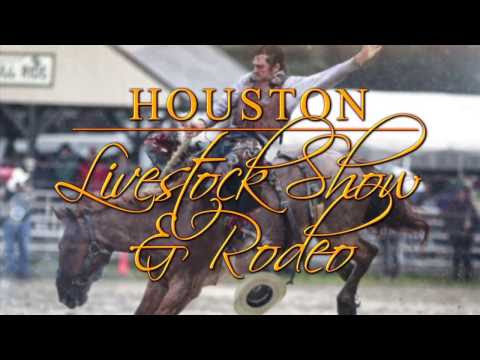 This is last year's look... It's been quite a while since I've been on a runway! I'm very excited to announce I will be participating in the Houston Livestock Show and Rodeo's 2019 Rocking the Rodeo Runway fashion show.  It's March 3rd at 2:30 p.m.
Read more

VIDEO: In May, Denver Voters Will Decide Whether To Legalize MAGIC MUSHROOMS

Denver's chance of legalization of magic mushrooms will be on the May ballot. This is major because no matter what you think they do to people, makes them more creative, it's really all natural. AS IN: From the earth. First Denver... then Vegas! Want to learn more about them? I recommend watching these videos below.
Read more

February 04, 2019
How do you bang out a couple of Valentine's Day, sex and relationship podcast albums in a single day? Grab one of your best friends, GO FOR IT and don't be afraid to getting a little dirty. In this case, Stacy and I were in bed over the weekend when we pressed record. In the end, we just hope to make you laugh!... And maybe learn a thing or two. Enjoy and Happy Valentine's Day! Love, Rachel and Stacy!
Read more
More posts