How I Keep My Youthful Look

Aging is a fact of life, but so many people today are looking for ways to look and feel younger. I always am! I don't have children so there's no indicator of how old I really am, but I don't  fight my age, only poor health choices... because I love chocolate cherry bread and red meat. Yeah. I know... But to stay young, you really have to consider everything in your life, from fitness on the inside, and how you treat the outside of your body. I do.

Staying hydrated through out is where I start. I drink water all the time. I also take vitamins, a multi, C, Iron, and Zinc too. Since recovering from breast cancer last year, it's been most important.

I also use a lot of sunscreen, natural oils, but not product cremes to moisturize. Avocado, coconut and olive to stay soft. Even a spoonful from time to time. It also helps to keep your mind fresh and free, with great new music and ideas. Learn constantly and know what's going on in the world... not just on social media. Easy as that! 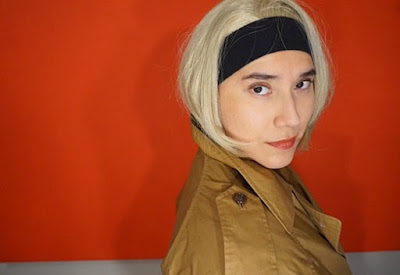 Bring on spring! The sun is shining brightly here in Texas with temperatures around 70 degrees. What's it like where you are? Let me know at  rachelestrada@heightstonian.com.

A term around since 2011 has been scientifically studied and confirmed to be real... and it's great. It's a non-verbal that commands "don't bother me" nor "disrespect me" without saying a word. And I just got this face the other day from someone whom shall remain nameless. I get this face a lot actually. It's intimidating, effective and carries a clear message. When it give it, it is also understood so it surprisingly doesn't bother me.

Anyway now, it's all out in the open and confirmed by science.