Showing posts from February, 2015
Show all

I've never been a true 'Belieber,' but there's something about a young man who humbles himself after making an extreme ass of himself, all by age 21. It's refreshing... and in Justin Bieber's case, kind of sexy, so this'll be fun to follow. He's even being roasted on Comedy Central since he's managed to jam a lot of bad behavior into such a short amount of time in recent years. Young people live fast and I imagine famous people more so. Anyway, Bieber's been on Ellen lately looking all grown-up and sans pomp. I know he couldn't be a mean munchkin forever, but it was still a surprise. He still wears pants that look like he's carrying a load, but I don't imagine hipster jeans would look much better. After being boo'ed offstage during his last performance, he's probably desperate to salvage his reputation so he can continue on with his career, which is fine. I'll even give him credit for going to the queen of talk (bec
Read more 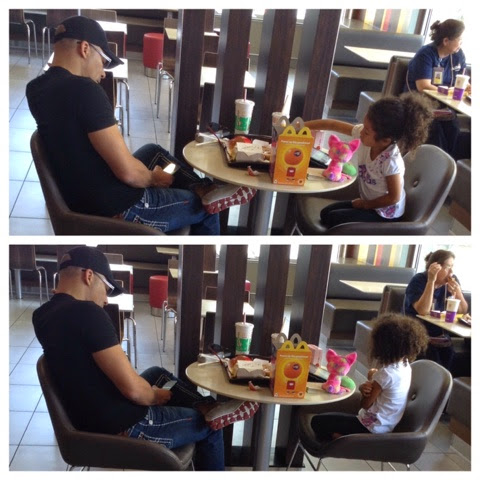 I was grabbing a fast snack when I saw a man sitting with a little girl whom I assume is his daughter but will never know because he did not say one word to her once they sat down. I sat there watching,  waiting, sadly realizing that little girl was having lunch alone. I suddenly felt grateful that I had a father who did not do this to me. He never had a cell phone.  We went to the park. We went out to eat. He took me to Astroworld and we talked a lot and he would teach me things. Though he was in my life a short while, I remember conversations we had when I was a little girl... Conversations I will never forget because my time with him was so brief.  Hey fellas! Don't be THAT dad...
Read more
More posts