Our poor moon. Now the man in the moon is being put to work. 'The Dark Side of the Moon' will no longer be remember as just a hit album for Pink Floyd. NASA scientists today announced an earth-shattering discovery: there's quite a bit of frozen water on the sunless surface of the moon. In fact, according to two papers published Monday in the journal Nature Astronomy, the moon is littered with hidden patches. 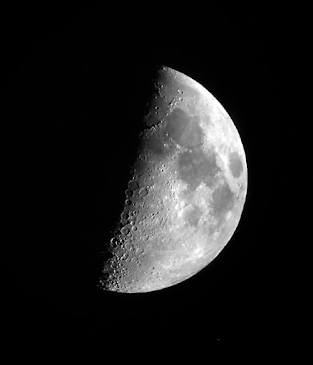 Once drained and used by us greedy humans, could it crack? Shatter? Knowing it will now be violated for its resources is truly sad.
Now, the next steps: a rover will investigate 'water-rich' regions. There are also ambitions to send astronauts to establish a permanent base, which would be used as a layover on the way to Mars.
The detection of water on the lunar surface also means there's potential for mining water-ice, which would then be broken into oxygen and hydrogen to produce rocket fuel. Basically, the moon would become a space gas station.
Do you think we'll someday soon see moon tourism? What might golf look like on the Moon?
HEIGHTSTONIAN's heightstonian at 5:04:00 PM

Just ahead of All Hallows Eve, Forbes has the Top 10 scariest states in the Union and Texas tops the list with haunted locations such as the Alamo and the Driskill hotel.
California, Ohio, Michigan and Illinois round out the top five. Followed by Indiana, Pennsylvania, Oklahoma, New York and Virginia. 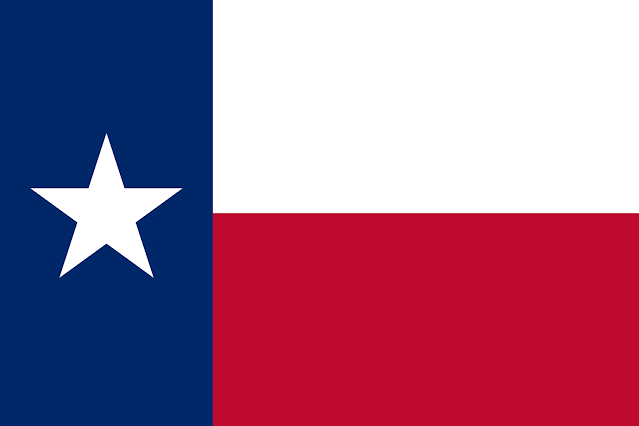 What's the most haunted or spookiest location in your state, county or community? What are some of the stories surrounding the location?
HEIGHTSTONIAN's heightstonian at 5:04:00 PM

Another officer was shot to death in Houston this morning 14 days before the election, 7 months into the pandemic

This is too much.
HPD veteran Sgt. Harold Preston was killed during a domestic violence call today. 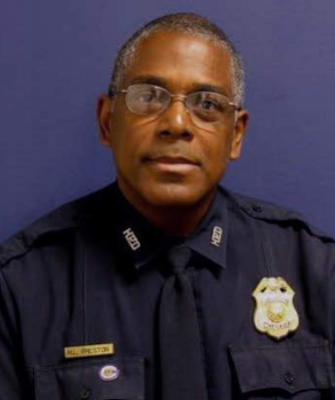 Another officer, shot in the arm is expected to be alright.
Just yesterday, HPD announced a Houston anti crime initiative.
Friday morning, HFD arson detective Lemeul Bruce was shot to death while pursuing a potential arson suspect ~ here in the Heights. Near NW mall on 18th. A street I know well, and where I would not imagine this happening.
My dad used to take me to JC Park down the street from where that happened. That park was across the street from General Electric he worked as a machinist.
To now link Bruce's death with this location, lace it into memory, is tough. This should not be happening.
The pandemic is causing so much chaos in this now normal way of life. Not new.
Wear your mask. Protect yourself and other people because the pandemic is not going away any time soon.
Texas is still seeing 50K cases a day. It should have only 10K at most say experts.
A vaccine scientist warns that the next few months warns that the next four or five months could be "one of the darkest chapters in modern American history. Just get ready for it and remember that it will get better.
Yet that didn't make too many headlines. Today, FLOTUS still has a lingering cough from COVID-19. 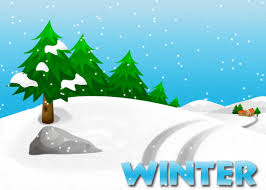 Anyway, have a nice night!
Winter comes to Houston next week!

You have to know that  bars and clubs are under constant surveillance during this pandemic. No masks, no service is the rule - the new normal. You can drop "new" from that by now. It's been 7 months.

Now, the businesses issued an emergency order for a 30-day permit suspension are: 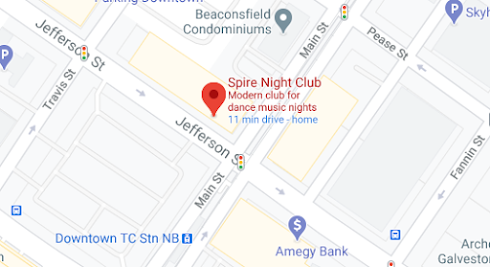 Good! These places shouldn't even be open.
Also, violent crime is up 11% in Houston since the pandemic began. It's clearly driving so many mad after losing jobs, being cooped up and losing their homes. An increase in domestic violence is another terrible element increasing in Houston as well.
HEIGHTSTONIAN's heightstonian at 4:38:00 PM