Showing posts from January, 2015
Show all

Sports Clips Opens In the Heights 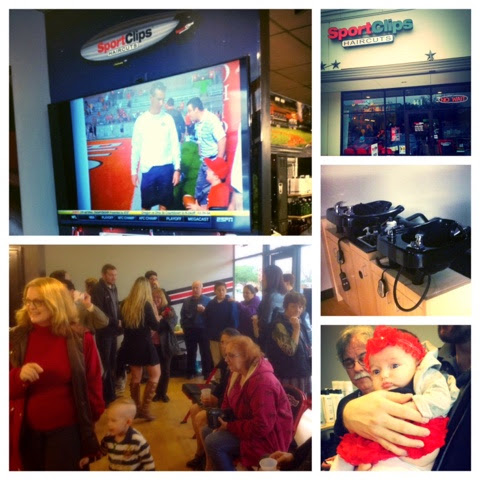 Today, a new  Sports Clips Haircuts franchise location opened it's doors for new customers in the Houston Heights on 19th Street. I even got a selfie with JJ Watt ... Well, sort of. All the Rockets and Texans signage is up on the walls. It's clean and it looks great! I know they'll do well with Houston sports fans. A look inside (above and below) the new shop where I couldn't resist taking a picture of the owners' adorable little baby. If you're looking for a job, there are opportunities for hairstylists. Are you looking to open a small business of your own? I also saw signage for opening a Sports Clips Haircuts franchise.  Now that sounds like fun! Photos by HEIGHTSTONIAN.
Read more

My Portland friend is a "Portlandia" doppelgänger I am a huge fan of " Portlandia " on the IFC . So much so, that I have decided my friend Natasha Rauf is Carrie Brownstein's doppelgänger. She too lives in Portland; is a writer , calligrapher, blogger , and campaign manager for a ChickTech , a Portland-based nonprofit fostering growth of women in the tech field. Side-by-side I'd call it a match: Natasha Rauf (left). Carrie Brownstein in Portlandia (right). Natasha is "Portlandia" personified. I'm serious. Put a bird on her. She surely deserves to have "birds suddenly appear every time she walks by." Yes I went there. Natasha is living art, an intellectual creative in Portland I'm honored to call "my friend with the famous face." Thing is, I love the show and Natasha adores the show just as much as I do. Only she's lucky enough to run-round with a face that looks like Brownstein's.  What a gal! I hope these two will soon be friends.
Read more

My Crack At Gluten-free Pretentiousness 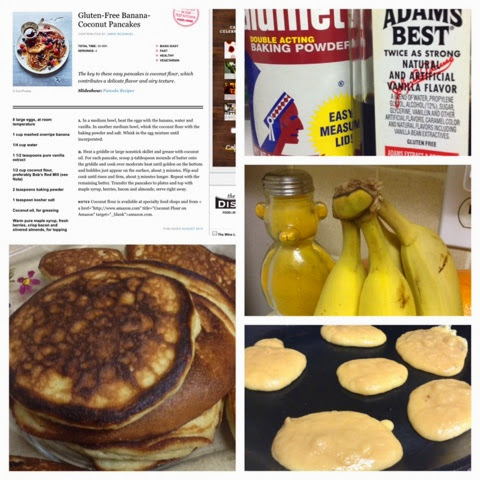 Let me just start by saying that this recipe honestly rocked my kitchen this Sunday morning.  So, I wanted to pass it along to anyone trying to cook healthy this winter season. Enjoy! It's the  perfect remedy for great eating if you're staying indoors during this cold snap and trying to avoid gaining weight. First of all, it's gluten-free (whatever that now means to most people these days).  I'm calling it Paleo. I just know it's mostly egg, plus banana and coconut which is ground into actual  flour. A main ingredient is to make everything with love. My lovely friend Stacy and I, as a team, pulled these together and they were magnificent!  Click the photo for the original recipe: I've made coconut pancakes  before, but these have an  even better pancake texture, which is really why I really thought it was worthy of sharing online. So batter'up!  Thank you Food and Wine Magazine online for a fabulous recipe I would love to see in new H
Read more

All I Want To See On the Golden Globes This Evening Is...

January 11, 2015
What Tina and Amy will say. I really am looking forward to the Golden Globes tonight. I don't view regular programming but I'll admit, I 'love-me-some' red carpet and I love celebrities, like a lot of other women in our era. With media so widespread these days it's hard to miss. I love the spectacle. ALL of it! I love Tina Fey & Amy Poehler. I love what they represent for women in this country & the ability for us as women, to be able to have a voice about anything... To not be censored by our county nor allow any other another country's convictions to shut us down or instill fear in Americans. Plus, they make us laugh, hard! Don't get me wrong. I'm aware of what's happening in other parts of the world. It's rough folks. I get it. Today, I'll let someone else fuss about that. It's cold & it's rainy here in Houston, so yeah, I'm going to relax. Back to what I enjoy...  Top clips of Tina and Amy in
Read more

With social media, texting and swiping, courtship has turned on its side... So, is dating really dead? I mean, what's the first hook and line? Well, it all begins with flirting and here's how it's done, according to Buzzfeed ... and if you don't consider Buzzfeed an authority on pop culture and in this case, dating, then you're dismissed! That is because I too held onto my 'Guide for Dating Etiquette' and it never got me anywhere. Now - if you're still with me, roll'em!: and  No wonder you poor guys are confused: If this is flirting, I'm willing to work on it, but I refuse to tell my imaginary grandchildren "if it weren't for that  ♥   Emoji you wouldn't be here." Next up, another option trending big in Japan, to the point experts say it's endangering the global economy... It's where young people are simply opting out of relationships due to an emerging phych-trend called called  "celibacy syn
Read more
More posts