Showing posts from January, 2021
Show all

LOTS For sale on Wilma’s Antiques 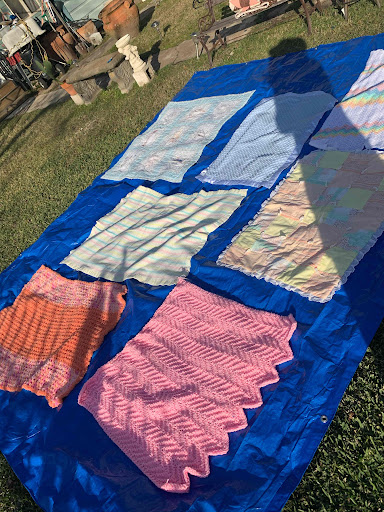 Go to her Facebook page for what we’re posting this and every weekend in 2021. Have a look:  http://www.heightstonian.com/p/wilmas-antiques.html?m=1
Read more

January 06, 2021
The United States capital was taken under siege today by pro Trump supporters, protesters turned terrorist.   Amarosa said it herself. “This is exactly the scene he wanted.” Even worse. “There may be more to come,” as she spoke with Sky News Wednesday afternoon.  Trump supporters turned anarchists stormed the US Capitol, in a stunning invasion Wednesday afternoon shortly after a Trump rally not far from the location.  Trumps spokesperson Rudy Giuliani the comments during the “stop and steel” rally on Wednesday morning, as Americans awaited the results of the Georgia Senate race. At that same hour, US Congress members  were counting and officiating electoral college votes to finalize the election.  I process that we not only take about half an hour It was during that time that people inside congressional chambers knew something was happening outside those doors. A reporter there to cover the vote, heard rumblings and vice president Mike Pence was quickly whisked away. Congress members w
Read more Please check her page here at Heightstonian for new inventory for sale.  Wilma is also accepting offers for booth inventory “buy out.” Stop by her location on I-10 to see it all and submit an offer to her at Zapn2rachel@sbcglobal.net. Only serious and fair offers will be considered.
Read more
More posts