VISION: A Factory of shining stars

First came VISION, celebrating a year this month. What is "VISION?" This movement is not just a dj and dancefloor. It's a real underground production, a network of talent that comes together to support eachother and make a go of their greatness, monthly. What I find most intriguing about this group, is, while some mediocre talents are clamoring for the stage and spotlight, many of the major players who actually create the sound and look of the show, PREFER NOT to be revealed, but simply do their job phenomenally and allow the named "star" to shine.

A event exclusive to Houston, VISION was first created by Brandon Duhon, frontman and bandmate for breakout talent in his own right, including glasnost and now Night Drive. (Catch Night Drive at the MFA Mixed Media party over Halloween.) Duhon is busy with this and that, in addition to a tight network of unattainable electro-luxe DJ's called Modern Touch.

Where? The oldest nightclub in Houston, Numbers, formerly Numbers "Disco"... that is, if you notice the sign above the entrance. VISION, may have started with a DJ and a dance floor. Provided the unique combination of electronic music spun by Duhon, and like-minded talent of the genre's beloved, including Joshua Leckie of Tangled Shadows and you have a gritty edge of untouchable youth. Throw in Factory elements and you have a whirlwind of something truly dazzling. 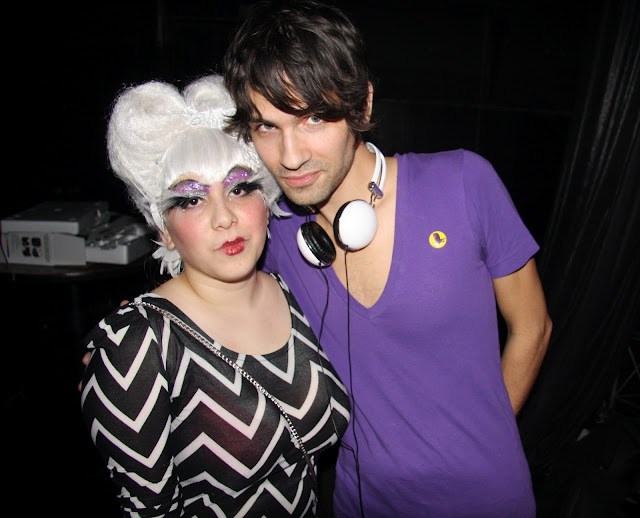 Gin Martini along with Brandon Duhon

VISION celebrated a year the 13 of this month. In that year, VISION spurred "VISION Fashion Block" when Duhon recruited multi-media artist MaxXandaux and Gin Martini to join forces in a movement toward a broader program of original content to be presented on stage on a monthly basis here in Houston.

Since it's beginnings, VISION Fashion block has opened the stage at Numbers into somewhat of a revolving door for Houston's shooting stars like La Catrin, Brandon West, and Titanica De Barge, who all have original acts, all well produced, combined with bold styles all their own.

Gin Martini, is a fashion designer, vocalist and occasional MC for VFB. In a recent interview (start at 1H:07m in) with KPFT, Martini called the troop "art queens," a name chosen by Avant Garden owner, Mariana.  Also on air with Martini for an interview, MaxXandaux, whose work was compared to the likes of Andy Warhol, as it has since the beginning, when he started producing large self portraits early in his career. 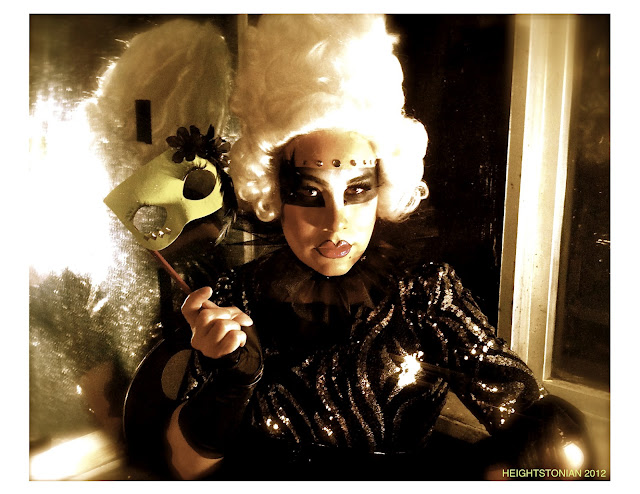 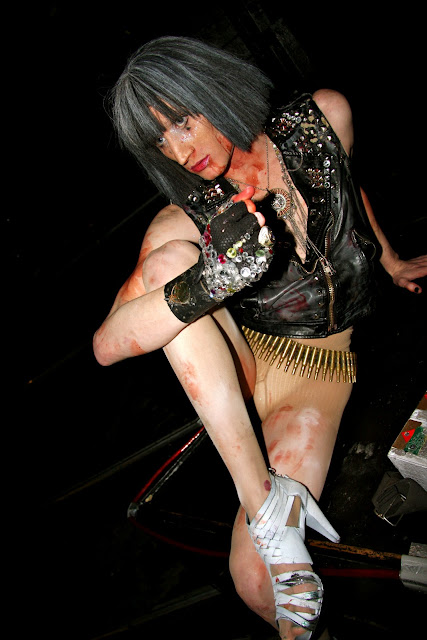 Two more stage mainstays include actress, vocalist, and model Jessica Walquist and vocalist,
and muse Chris Graham (aka Chrissy Strange-trust me, you want to see for yourself)
These "ArtQueens" are a tight combination of talent that consistently
develops the more they perform together. 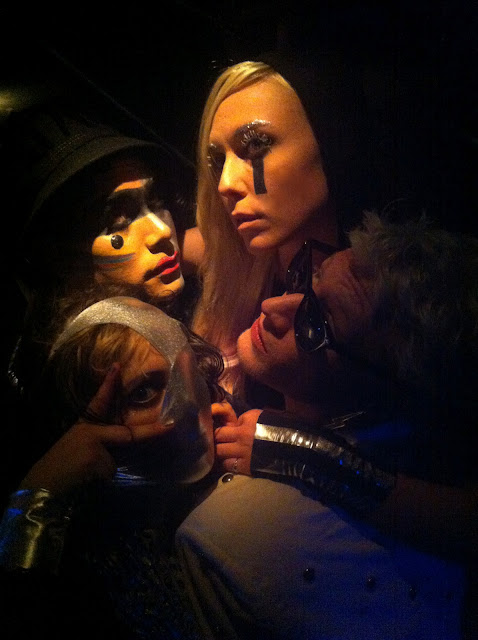 Artists like JA Silverman (below) have also featured their work at VISION Fashion Block. 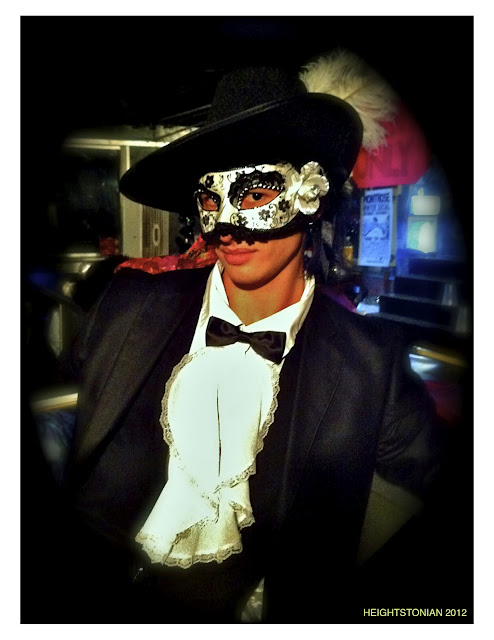 There is a lot of talent in Houston; this is true. However, I'm thoroughly biased when it comes to fashion, beauty and art combined with performance on a large scale.

How does this type of thing even occur? One element, make up, for example by a truly underground and talented Kyla Moreno, so underground, she's not even online - ANYWHERE! Yet she is highly likely THE most talented makeup artist in Houston. No one in Houston can do what she does. Add costumes, small production teams (sound stage and music), support and talent and you have VISION Fashion Block, a distinct extension of VISION.

In addition to being a huge supporter of all involved, I myself have even played a role in a few video productions, one award winning piece called "Possessed By the Beat," plus a documentary featuring vocalist and multimedia talent MaxXandaux.

"Possessed By the Beat,"by MaxXandaux. Produced by the extraordinary BLACK CAT. 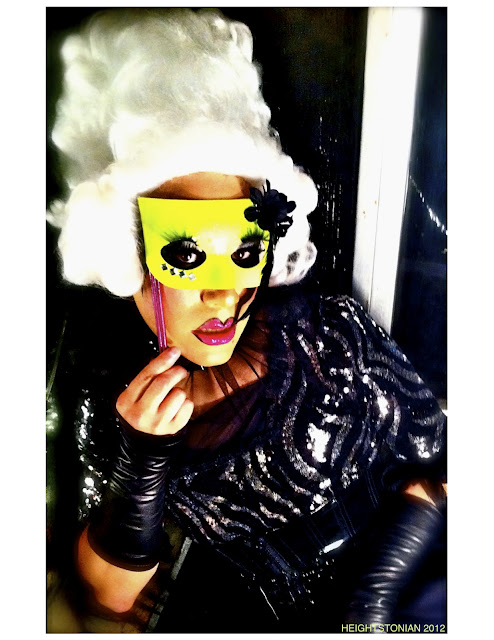 
A lot of progress has been made in this year, development of talent and ambition, opportunities and boundaries. I look forward to seeing what this new year will bring for VISION Fashion Block.

All photos herein are by HEIGHTSTONIAN and subject to Copyright.