Japan to discard 1.2M TONS of radioactive water from Fukushima disaster into ocean

If you eat fish, I have some bad news for you. The Japanese government is planning to dump 1.2 million tons of contaminated water from the Fukushima nuclear disaster into the ocean.

The water has been kept in storage tanks since the 2011 disaster, which caused multiple meltdowns after the nuclear plant was hit by an earthquake and tsunami.  Tokyo Electric promised in 2018 to treat the water to remove radioactive particles.

The decision has met resistance from Japan’s fishing industry and likely won’t go over well with its neighbors like South Korea. 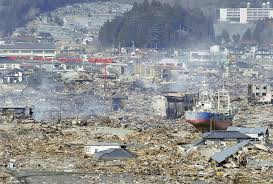