The curfews issued around many local parts of Harris County and down under is just pissing off so many of you. Especially those in Houston who aren't seeing flood waters anymore with a pesky case of cabin fever.

The mayor of Houston, Sylvestor Turner said he'd rethink it Monday... BUT YOU DECIDE... I TWEET THE CITY IN MY POLL BELOW!!

My buddy Tim is even threatening to break up with businesses that follow curfew rules...So if you see him, give this beast a steak! 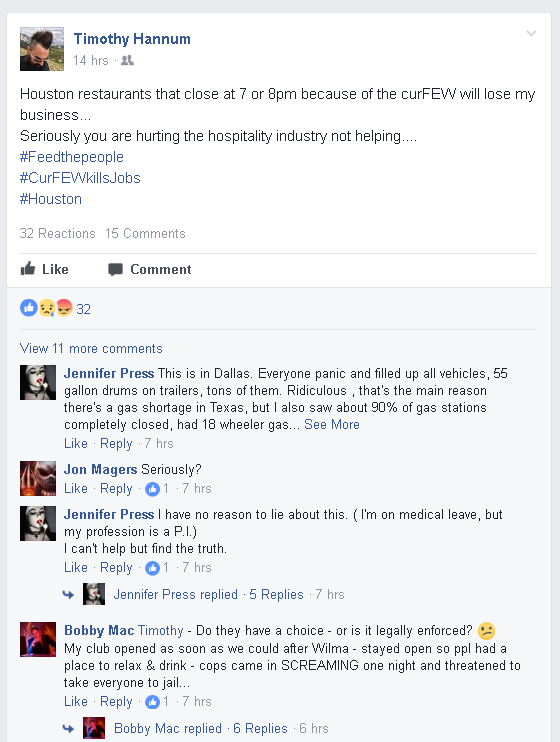 Some don't even know when to be home so folks like Bobby at Dean's on social media are helping their SM neighbors...

So what can happen if you're caught on the streets after curfew, or better yet, running your business? They mayor did say "it exempts flood relief volunteers, those seeking shelter, first responders, and those going to and from work." - Sooo does that mean... if you're technically seeking shelter at a restaurant, volunteering to eat where people are working, it should be OK right? 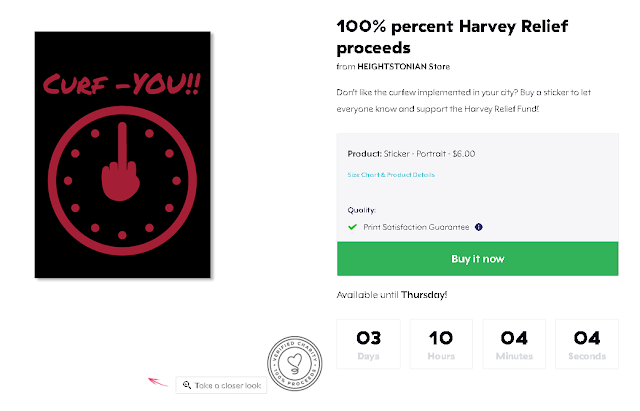 Meanwhile, don't know when you should be home tonight? Here the current schedule:

No curfew in Chambers County.

It's widely known that business bottom lines are suffering but so are thousands of families who don't want looters to enter their abandoned homes where water either has or hasn't receded. Many have no cars to get back home at this hour to even check...

And consider this... we don't have patrol from other cities here for no reason...

Here's my poll tweeted at the city... So they're listening! Choose wisely!